Today we had a gathering of wargaming friends and collectively put on a 15mm Napoleonic battle using Commit the Garde rules. Brent hosted the event in his top notch living room. Zak brought some troops and his excellent terrain. We all brought food and snacks for a potluck lunch on a nice summer day. Ross bore gifts in the form of loans from his library. I made off the a beautifully illustrated book on warfare 1618-1648, to further inspire me to expand my ECW collection, I also borrowed 2 books on the American Civil War.


Brent and Ross commanded the Russian/ Prussian Alliance and Zak and Jonathan commanded the French. I did my best to referee and played a few cavalry units for the Allies.This battle was a meeting engagement with the bulk of both armies waiting to come on as reinforcements. The French deployed first but were in possession of all for victory condition hexes. The Allies moved first and were able to bring on reinforcements quickly to force the French to give ground. The French struggled to bring in reinforcements as Ney was in command waiting for Napoleon to show up. Allies had a few troubles with Czar Alexander taking command and stalling the flow of reinforcements. You can see from the pictures that the game kept the players engaged and 5 hours of play flew by. The Allies managed to capture three of the four victory hexes and drove the French across the stream. The French were reinforcing a counterattack on their right when the game ended. Commit the Garde ends on a random army morale roll. Casualties and the loss of three victory locations caused Napoleon to call off the attack and cut his losses.

My newly painted and refurbished Prussians saw there first battle and acquitted themselves well. My new lancers routed 2 infantry brigades late in the game.

Next game planned is for next weekend to play SS Amerika. This is a hex and counter game for the imaginary invasion of North America by Germany and Japan in WW2.

Ross also volunteered to put on a game with the group using his excellent homebrew rules and figure collection! We talked about the new expansions for Command and Colors: Napoleonics which include rules for epic sized battles. That made it my wish list for a future game

All in all an excellent day spent in fine company. 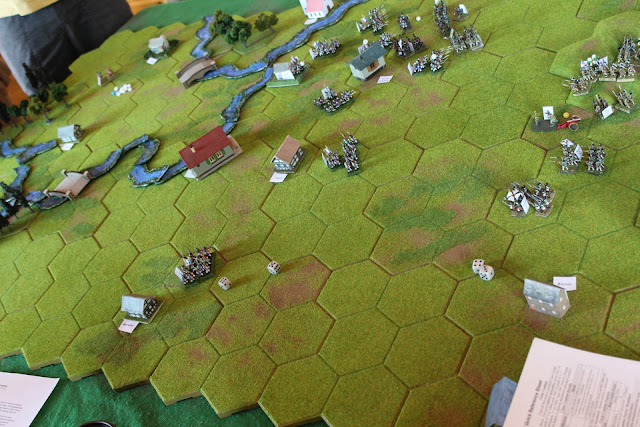 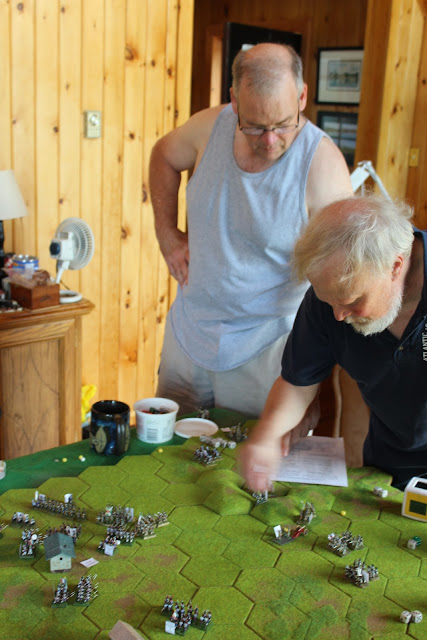 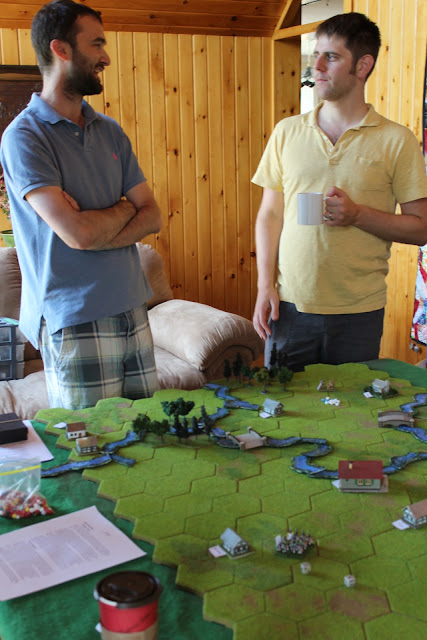 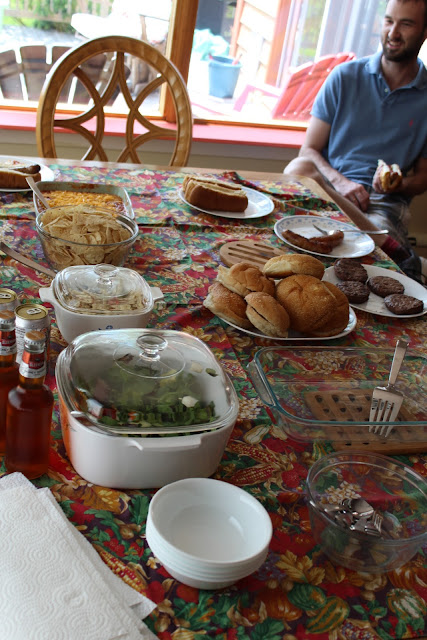 Overhead shot from the loft 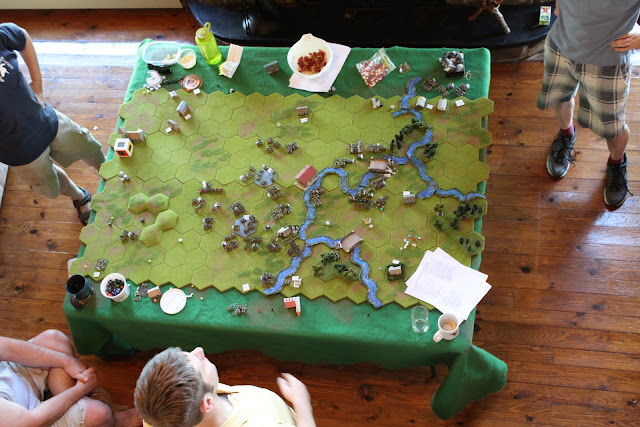 The game gets intense 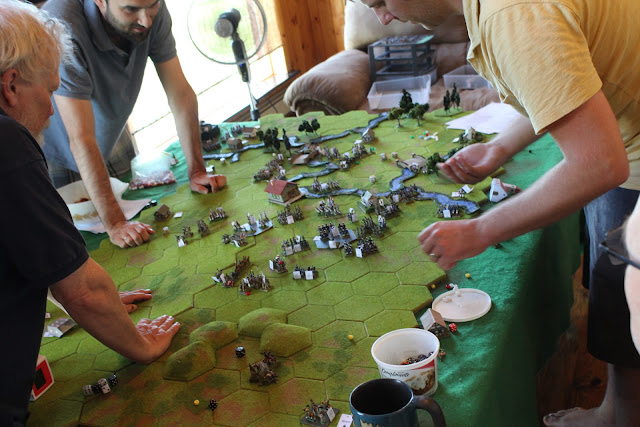 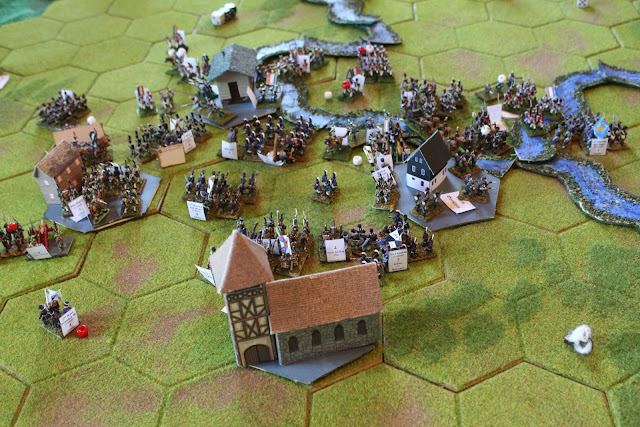