I was very happy to knock the dust off my WW2 collection yesterday and play a game with them. As noted in a previous post, the scenario was Assault on Rogan in which the German army was attempting to bypass and encircle a Soviet force. The town of Rogan and it's vital crossroad was needed to carry on with the encirclement. The town was held by 2 rifle companies and 1 smg company supported by mortars and a few precious 45mm anti tank guns. In reserve was a platoon of T34 tanks.


AT gun line on the hill 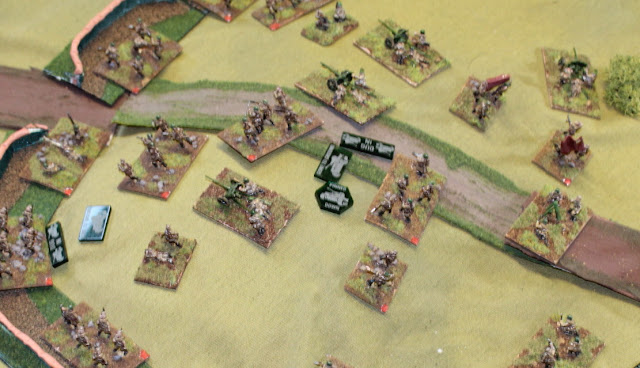 The Germans had to capture the objective in Rogan behind the Soviet trench line by turn 6. We used Flames of War rules with 15mm figures by BattleFront and Old Glory. Phil and Martin commanded the Germans while Zak, Brent and myself commanded the Russians. 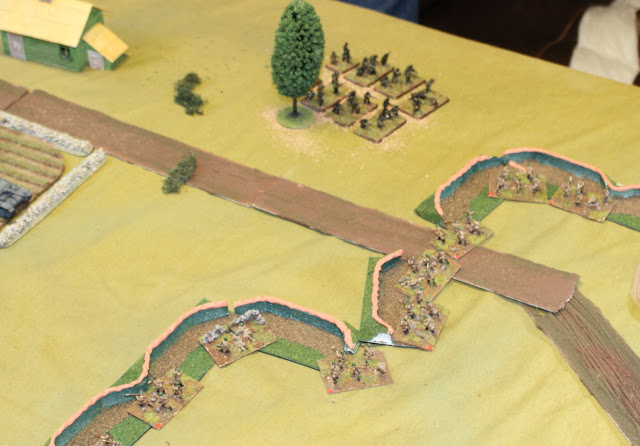 PzIIs run out of luck on the German Right 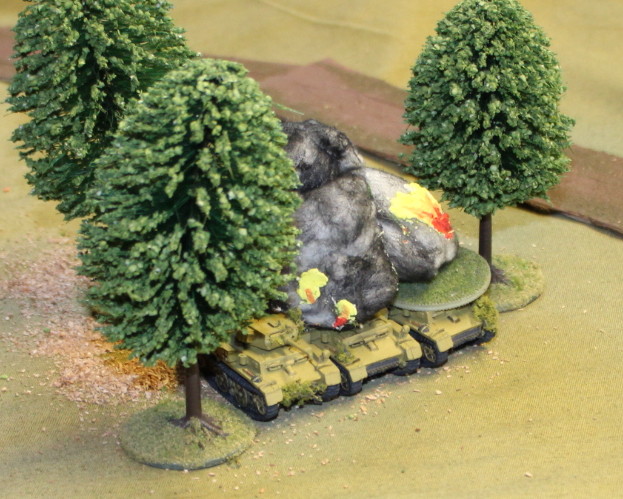 The Germans advanced fairly aggressively and attempted to turn the flank of the weakly defended Soviet right. Recognizing that the only anti tank assets were a line of AT guns on the hill, much fire was placed on the hill where they sat. By turn 3 the Soviets had lost 4 of their 6 AT guns and the lead platoon holding the trench was badly reduced. Luckily, the Soviet reinforcements of 7 T34s arrived at the first opportunity (nice roll Zak!) 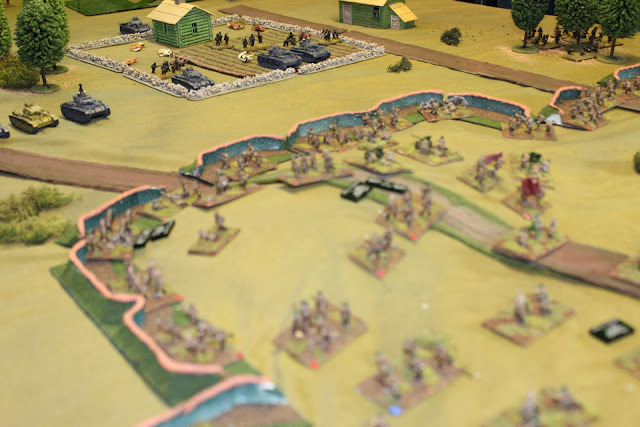 Turn 4 the Germans mad the big push to capture the Soviet trench line and assaulted with most of their tanks and the remnants of 3rd infantry platoon. The tanks pushed through along the roads through the trench lines. The Soviets were forced to fall back and try to rally the remaining forces of Red Company but did manage to force on attacking tank platoon to fall back and captured a bailed out tank. 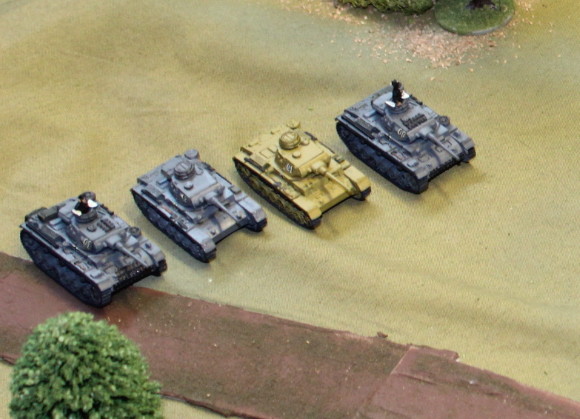 The German's had broken through in strength on the Soviet right, But wait! The last AT gun on the hill passed its morale and opened up on the side armor of the victorious PzIIIs. 3 hits and the two lead tanks went up in smoke, blocking the road for following tanks. The T34s bailed out another PzIII, effectively stalling the breakthrough.


No animals were hurt in the making of this game 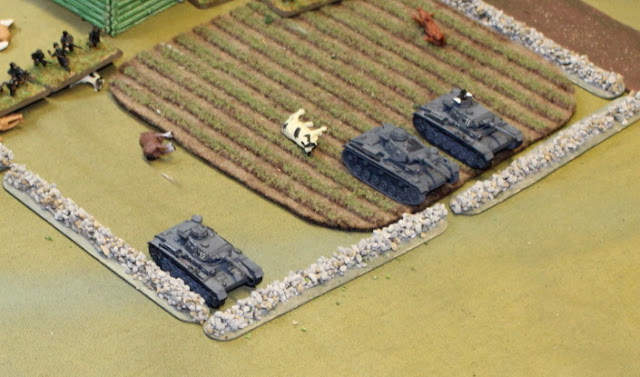 At this point we determined that the German's had no chance of getting through the remaining sea of infantry t capture the objective. We played another round to practice the assault rules (3 of the 5 players had never played FoW before).

A solid Soviet victory using the victory conditions provided. If we had a straight up fight, the result would have been closing due to the German's not being obliged to run into the Soviet guns.

The three new players liked the speed with which the game played but felt it is missing opportunity fire rules. There was some discussion about getting Bolt Action rules and playing using 15mm figures and terrain.