The Battle of Austerlitz

This game was hosted at a local community hall and was very well attended by friends old and new. We had 10 players rotating in and out through out the day. This was the inaugural battle for my newly minted 10’x6’ teddy bear battle mat.

Napoleon had declared himself Emperor and the armies of the X Coalition were marching on the upstart Emperor. Napoleon had struck first and crushed the inept Austrian general Mack at Ulm. The Russian joined with the remaining Austrians and joined battle at Austerlitz… 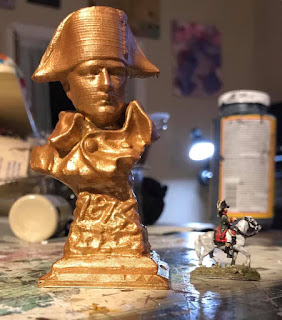 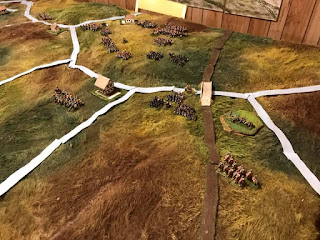 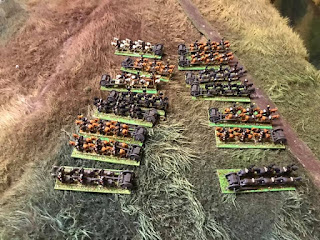 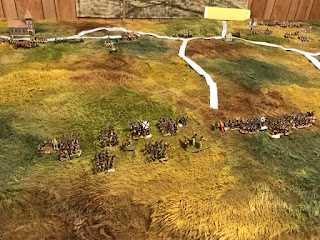 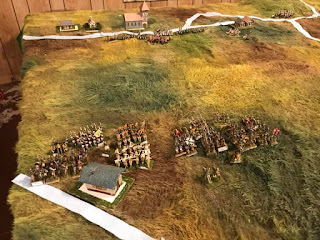 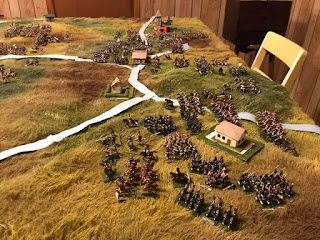 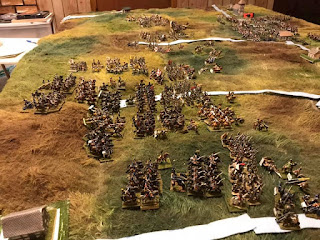 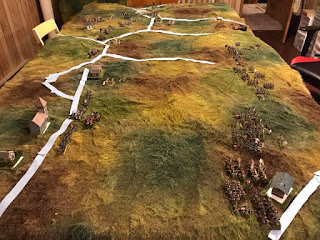 Napoleon’s command was divided between 4 players. Right center and left with an overall commander. I was able to umpire the game. The Allies were divided up similarly with one player assigned as Kutosov/Alexander. The Allies had to roll every turn to see if Alexander took over command of the army with his drastically reduced command range (it’s good to be the Czar you know). The French developed a dynamic plan and the Allies seemed happy to stay on the Pratzen Heights and were slow to react. 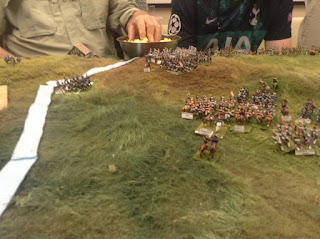 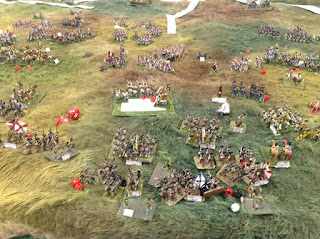 The French left a screening force on their right and marched everything toward the unoccupied center/right of the Allied line. The French successfully occupied a town at the foot of the Pratzen Heights and used this has a base to form up and advance, splitting the Allies in two. Allied reinforcements arrive too late to prevent this and the French superior command and troop quality rolled up the unresponsive Russians holding the Heights.
We did not get to complete the game but all agreed the French were in a very good position to repeat history and decisively defeat the Allies.

This was a fun game but also a learning game for many of the players. We agreed to have another game soon to cement the learning of the rules in the players minds. The French Napoleon knew the rules the best and also brought an excellent plan to the table and it went to plan. Next up Auerstadt.